During the course of major refurbishment to the adjoining property by a previous contractor, it was noted that number 28 - 30, at that time being occupied and used as a hotel, was experiencing signs of movement. Monitoring stations were established and as time went on, the rate of movement reached a point where the building had been declared a dangerous structure, the hotel closed and, emergency temporary works put in place to prevent the collapse of the building.

There was no way of saving the building, so the decision was taken to demolish it and rebuild. We were contracted by Blenheim House to carefully dismantle the building and, at the same time, erect a temporary works structure to support the adjoining buildings, remove the original Mabey system that had been put in place and carry out the groundworks for the re build.

To do this, we had to firstly make the entire building safe to work in. Next, the majority of temporary works structure had to be installed with the existing building in place. This was no easy feat, temporary openings had to be formed in walls and floors and these often supported with more temporary works. Only then, could demolition commence in a very strict sequence, with the added problem of removing the original temporary works, including the removal of 70t of sand that was being used as a counterweight, as demolition proceeded downwards.

In all, it was a very demanding job logistically, physically and certainly not one for the faint hearted. 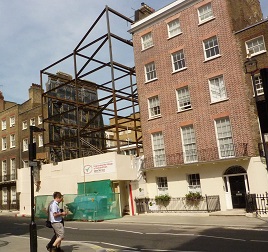 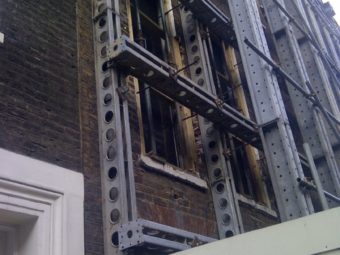 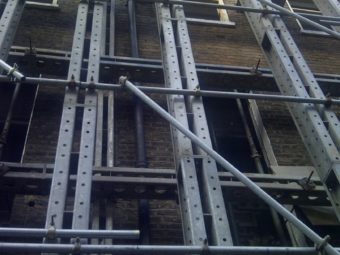