Following the huge success of Boxpark Shoreditch where Randall Contracting were also the Principal Contractor, founder Roger Wade turned his attention to Croydon.

This time, his vision was to create a modern version of “ Covent Garden “with an urban twist, providing food and drink outlets on two levels with a main central events area which, during the day can be used for alfresco style dining but, within hours can be transformed into a large open arena with big screen and stage for a whole range of music and entertainment events.

BOXPARK CROYDON is nearly twice the size of Shoreditch with over ninety containers being converted into more than forty food and drink outlets. The whole venue being covered with a polycarbonate roof on an impressive steel frame.

Works commenced at the start of 2016, on what was to prove a logistically challenging project, with the site bounded by East Croydon Station and the Tram way on George Street. Despite this and having to manage over two hundred operatives at peak, Boxpark Croydon opened on programme at the end of October 2016 with a grand press and VIP launch party, followed by its official opening three day music festival.

Not only has this project brought new jobs, generated huge interest and investor focus on Croydon but, so inspirational is the concept and design, that in May 2017 it was awarded an RIBA award with Randall Contracting citied as the Principal Contractor for the development. 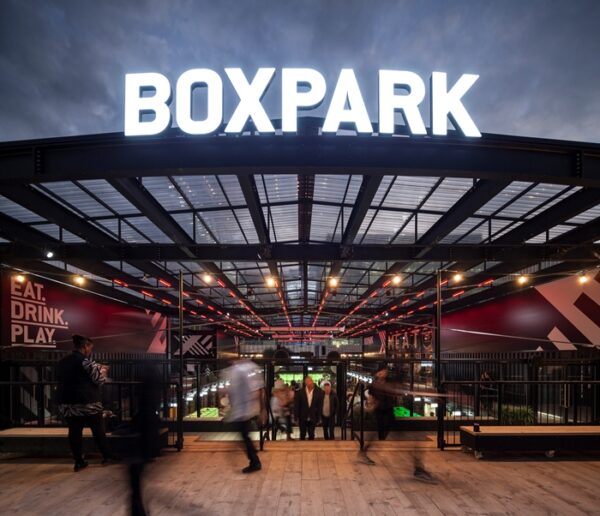 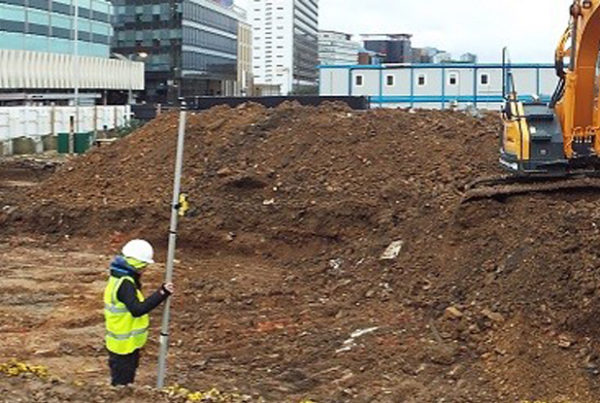 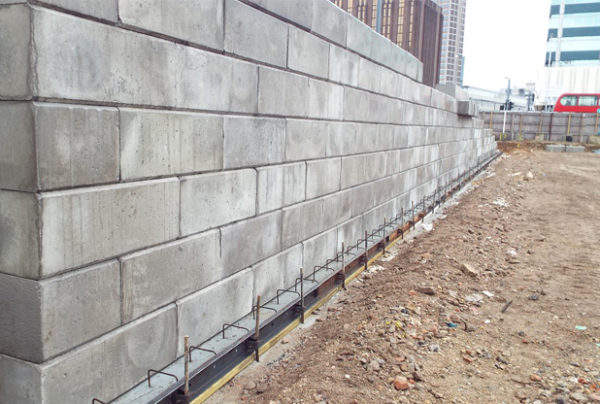 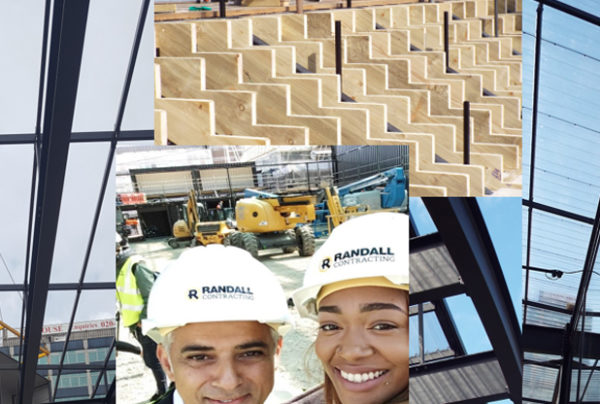 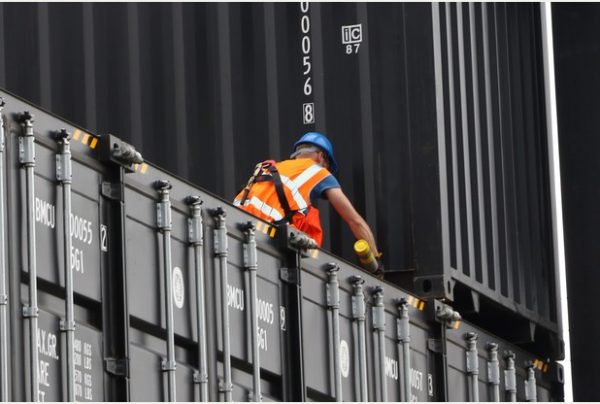 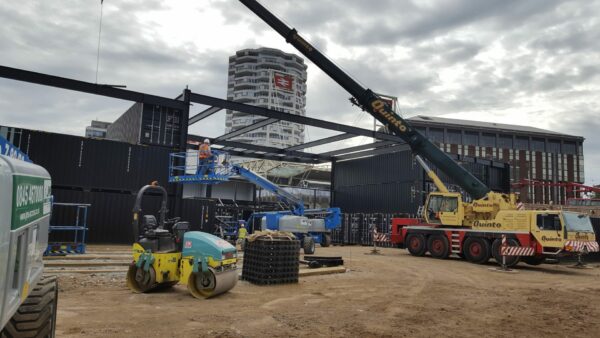 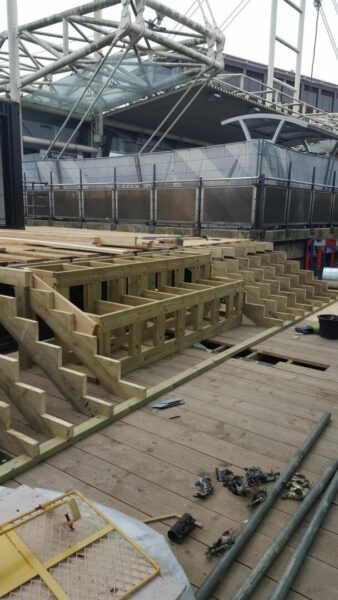 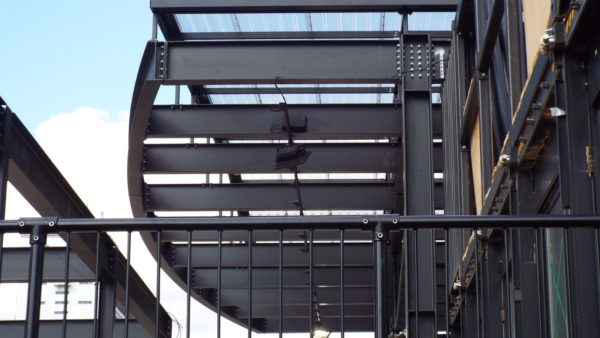 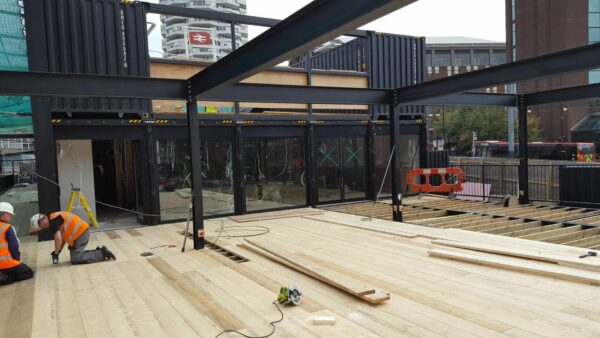